Reduction of perinatal mortality has not been followed by a concomitant reduction of morbidity; on the contrary, there is a rise in the prevalence of motor and sensory deficiencies. Thanks to the technological progress in perinatal care of the premature infants or of those with a very low weight at birth, they survive indeed but there are a lot of cases with neurosensory deficit.

Anyway, in spite of its gestational age and of its weight, any new-born infant with severe or moderate pathology, requires attentive supervision by the neonatologist so that neuromotor assessments are performed first at birth, then at regular intervals, and the kinesiotherapist’ assessment may be performed starting with the corrected age of 34 weeks.

This assessment should not replace the medical examination (clinical, imagery, EEG, visual and auditory evoked potentials, etc.); on the contrary, they constitute an indispensable complement in the periodical supervision of the infant. The aim is to stimulate the infant early so as to reduce the possible handicap concomitant with the training of the parents for the positioning and the mobilization of the new-born infant.

The prevalence of these deficiencies (Larroque, Vohr):

The Surveillance of Cerebral Palsy in Europe (SCPE) collaborative group has concluded that at the age of 5 years old:

Intrinsic risk factors of the neurosensory deficiencies in the newborn baby:

Irrespective its gestational age and weight, any newborn with a moderate or severe pathology will be supervised attentively from the following points of view:

The poor motor activity fixes the muscles in shortened positions, thus they lose their extensibility.

Examination of the child by the physician (Bournier):

The assessment of the kinetotherapist may begin starting with the 37th week of CA.

Whichever the case, after leaving the maternity hospital, it is very important that the family physician should assume the supervision of the child, and guide the family to the neurologist and to the centres specialised in rehabilitation treatments.

Clinical examination of the newborn.

The neurosensory development is the result of the combined influence of genetic factors and of the environment, which accomplish the most efficient patterns of movement. The motor skills of the full-term newborn baby are characterised by:

During the last trimester of gestation, the foetus, being positioned with its back to the uterine wall, has a tendency to flexion. The preterm, who does not experience this intrauterine period, is hypotonic, cannot regroup spontaneously (Bullinger, Rosé)

The absence of regrouping possibility has the following consequences: 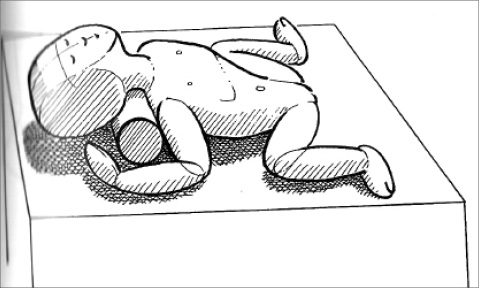 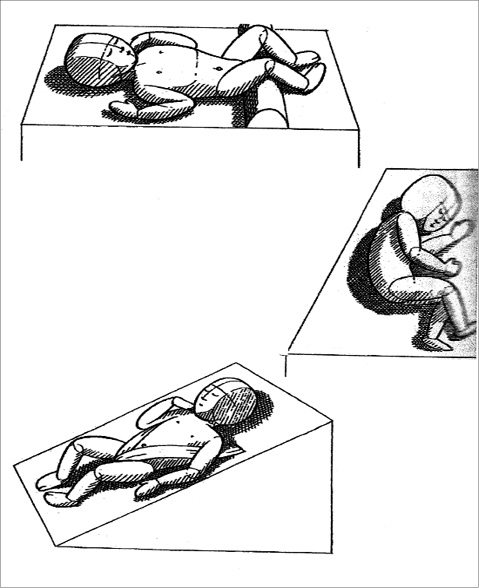 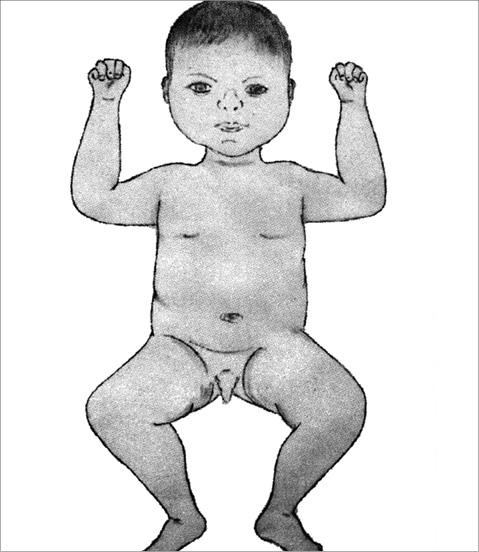 Thus, the preterm baby needs realignment in flexion in order to express its motility when it is positioned correctly.

Besides the examination performed by the neonatologist, the kinesiotherapist will perform a clinical examination of the infant when there are no longer critical problems.

It will be an examination:

This assessment by the kinesiotherapist requires: 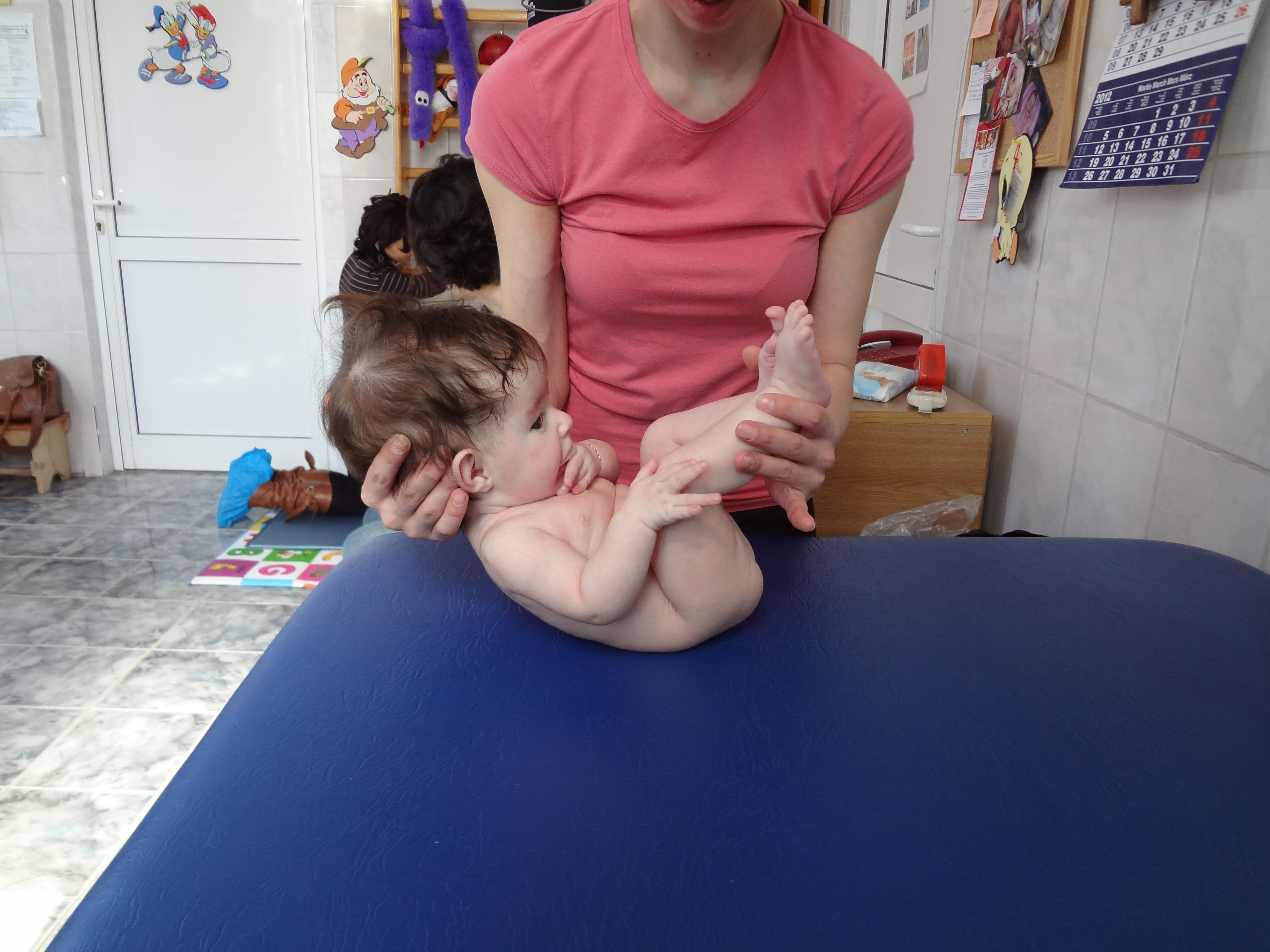 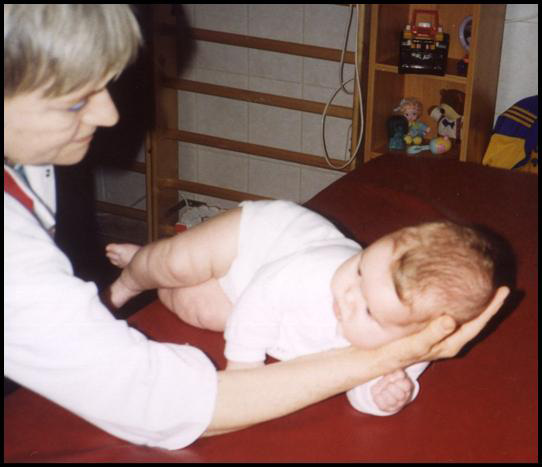 What needs to be noticed in a newborn?

Since the 34th gestation week, sucking and swallowing coordination matures in 3 phases: oral, pharyngeal and oesophageal.

In premature infants we may see:

In the preterm newborn one may notice: 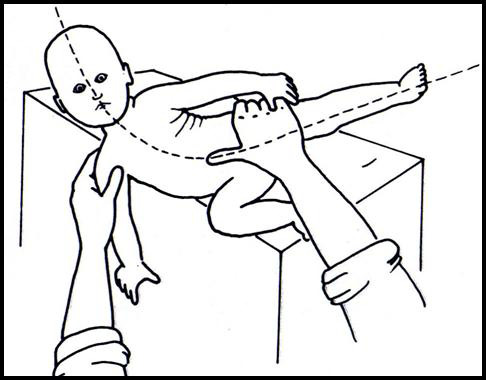 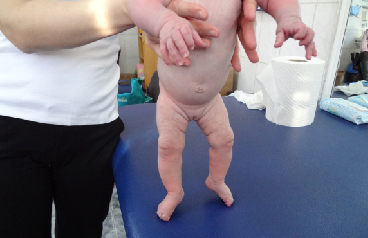 Fig. 7 – Positioning of the feet in equinus 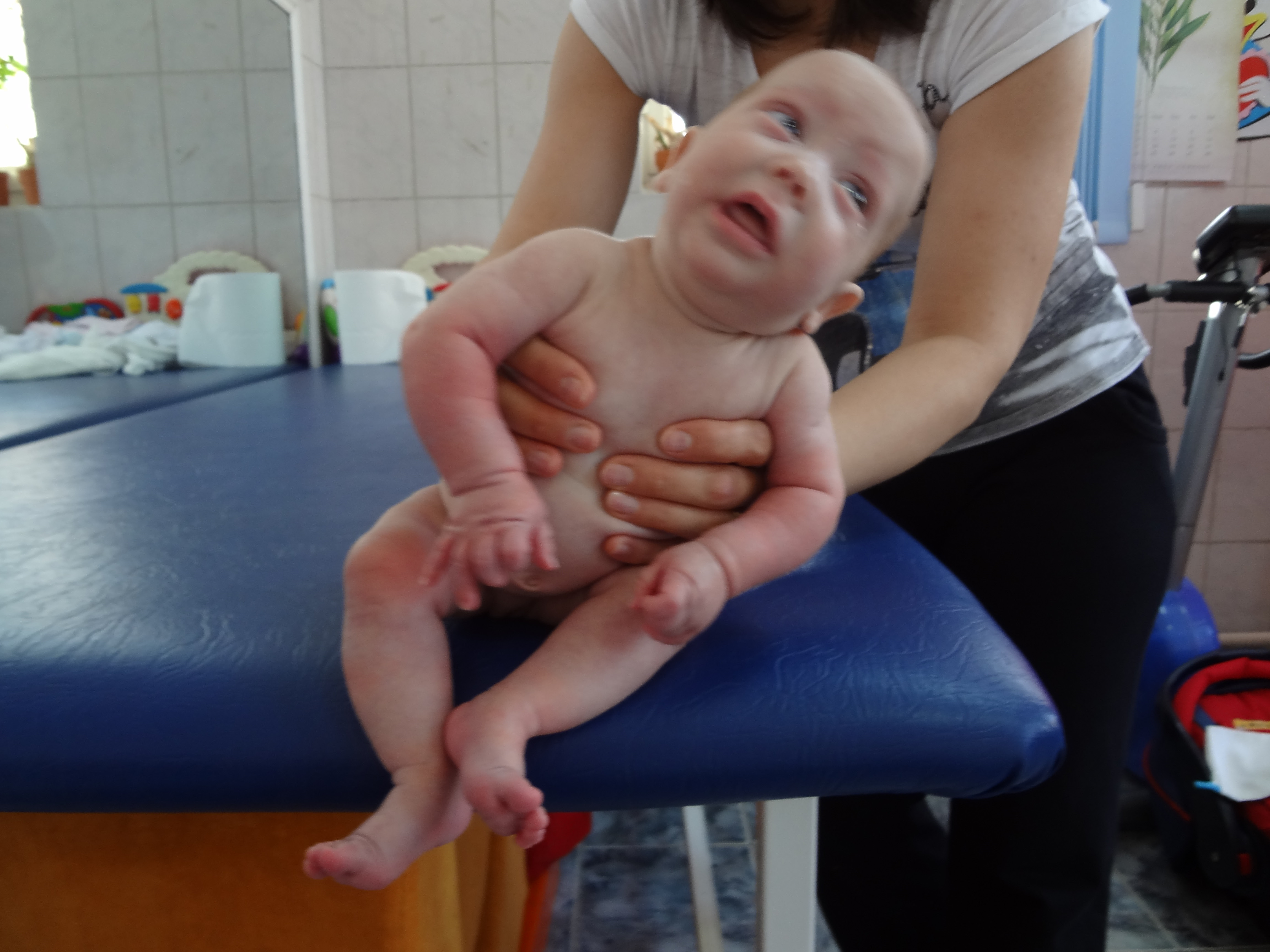 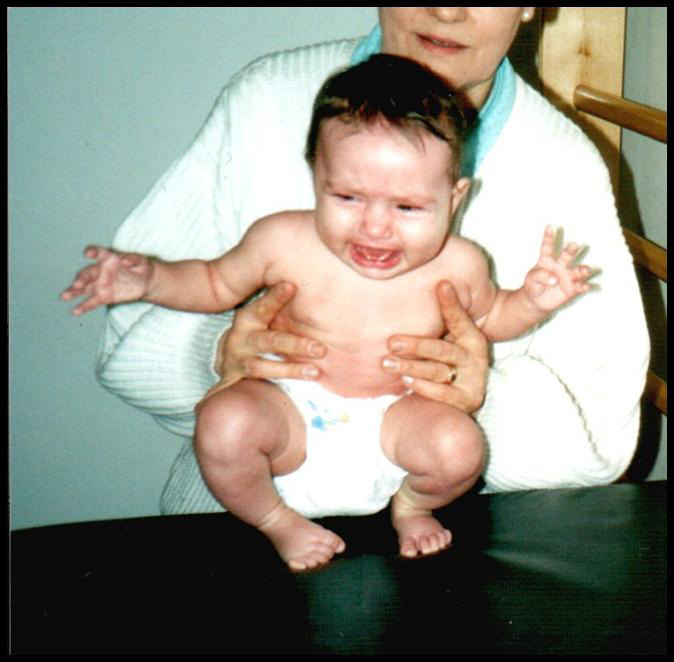 Fig. 9 – In squat position, deficiencies of the feet are assessed 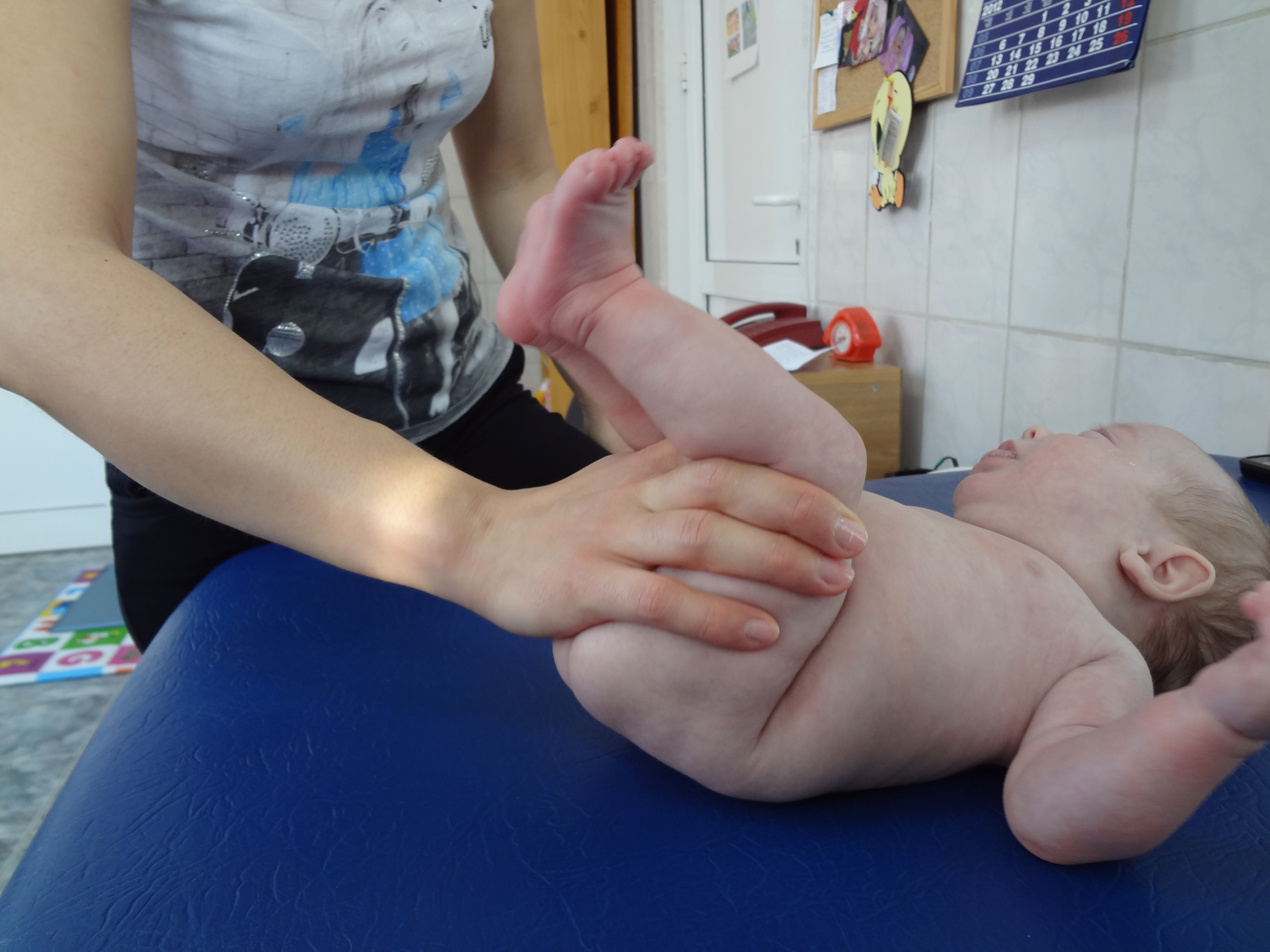 Fig. 10 – Flexion of the pelvis on the stomach 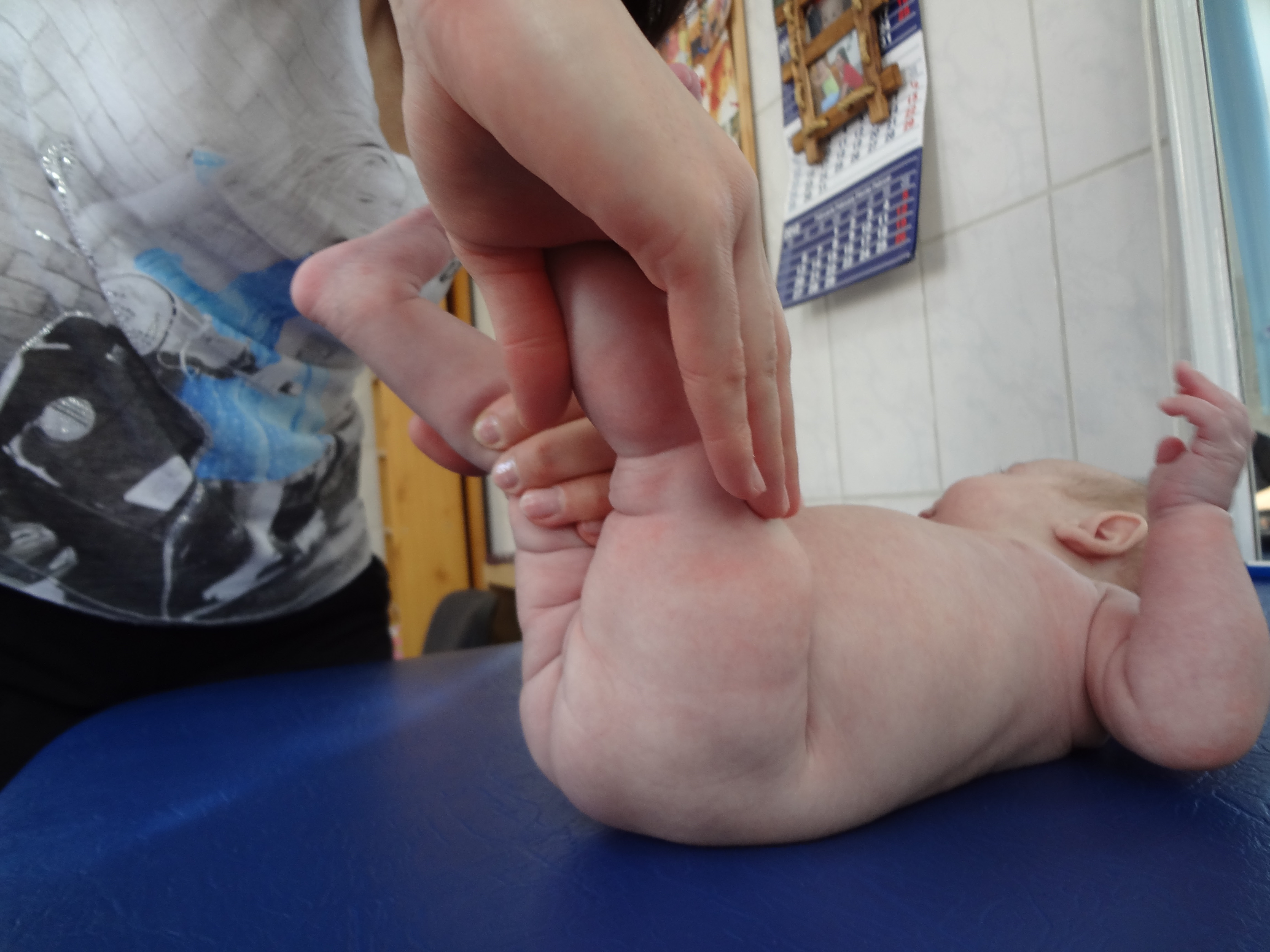 Fig. 11 – Assessment of the asymmetry of the popliteal angle