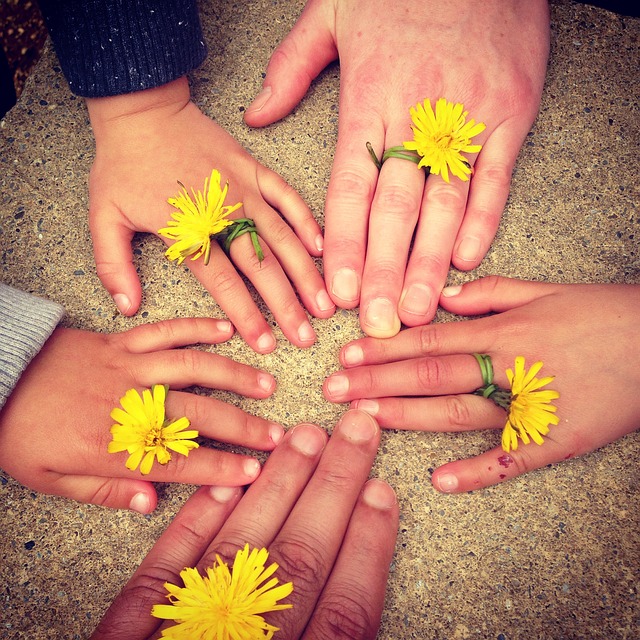 Introduction: This paper aims to highlight the importance of the influence exerted by parents in the emotional development of the child. Whereas a high level of emotional intelligence is closely related to parental warmth, secure attachment, we consider absolutely necessary to know the inadequate patterns that parents can display as well as the reasons that underlie of the feelings of child’s insecurity which obstructs the emotional development.

Emotions represent an alarm system since birth. Baby cries when he needs food, care and love and laughs in response when his needs are met. As adults, emotions begin to shape our thinking and to improve it by directing the person’s attention on the changes that should be made. Such a plant that adapts to a rich or poor soil, the child’s brain is modeled so as to adapt to emotional climate. For example, studies of twins display that if a child is adopted by an anxious parent, the child will probably end up adopting an anxious pattern. The parent’s style of attachment displays the child’s style with an accuracy of nearly 70%. Family environment creates the child’s emotional reality. Children are aware the emotional tensions in the family. The emotional environment does not work when parents pretend that nothing happened but when they say to the children that there are ways to cope with problems in a family.

If a baby has constantly a diet of desynchronization and unhappiness, tells us D.Goleman in his book „Social Intelligence” he will learn to rely on any calming strategy that comes in handy [2]. Some children give up any hope form outside and get focus on finding ways to feel better. In the adult version of this attitude we find those people that when they feel depressed comfort themselves in activities such as eating in excess, consuming drugs, alcohol, changing television channels. In addition, research has shown that up to one year of age, children whose mothers suffer from depression manifest the same pattern: lower activity of the left frontal lobe.

Stern believes that the most important life lessons are given in moments of emotional intimacy between parent and child, in that magical exchange that is established between them [3]. Of all these moments, the most important are those in which the child learns that his emotions are received with empathy, acceptance, process that Stern calls connection. Instead, emotional neglect seems to diminish empathy. There is a paradoxical outcome determined by a sustained and intense emotional abuse, those children could become very receptive to the emotions of people around them, like a sponge absorbing the others states. Empathy has its origins in childhood, but to be kept until adult ages should be encouraged through education. Thus, it was found that children are more empathetic whose discipline involves drawing attention to the fact that their behavior affects others: „Look how hard you upset her,” instead of „Ugly from you.” It was also found that children empathy is formed and by observing the reactions of others when they suffer. Jeanne Segal states that, to grow up in a empathic family is like being “born with a silver spoon in his mouth”: it is an incalculable advantage [4].

Roots of Empathy is therefore in infancy:

• only a few months after birth infants suffer when they hear another baby crying, reaction which some consider an early precursor of empathy;

• if a child hurts a finger, the another child of one year will lead his finger to his mouth to see if it hurts;

• seeing his mother crying baby wipes his eyes, even if there aren’t tears;

• since two years, children begin to understand that someone else’s feelings differ from their own and become more sensitive to any hint that reveals what actually feels another; At this stage, they realize that the other child has his pride, and therefore the best way to help him when he is crying is not necessarily to give him all the attention;

• children’s games „the kindergarten” or „the Doctor”, with translation into the role of educator or physician express ways of early empathic behavior.

The baby is unable to express himself through language, so is important that his parents, especially his mother to read his needs. Often, after the child begins to speak, the parents still believe that they know what is best for child. Such an example would be: „You can’t be hungry again you just eat.” Instead of not taking in account the feelings of the child, parents who have a high emotional quotient child create a safe environment. Without this safe environment, the child learns not to express or to have certain emotions. There are families that maintain conflicts without providing a healthy educational environment. The child who comes from such families may reach to emotional explosions that will damage his relationships with others.

After S.Hein the most inadequate emotional patterns exhibited by parents are the following [5]:

• ignor all feelings or demands of attention. Such parents treat the child’s anger as something insignificant or even annoying, just waiting to pass. They fail to use this moment as an opportunity to get closer to child or to help him to learn the lessons of emotional competence;

• are too lenient. These parents noticed what baby feels, but seldom offer an alternative of emotional response. They endeavor to calm all the trouble and will use, for example, bargain or bribe to prevent him from be sad or upset;

• manifestation of disregard, disrespect for the feelings of the child, invalidation him with phrases like “I don’t want hear you to say ever that,” “you should be ashamed”, “you should be happy”, “you should be grateful”,” wipe that smile off your face, “I do not want to hear any more complaints, “if you do not stop crying I’ll give you a reason to cry”. These parents are usually in disagreement with what happen, they are strict in punishment and comments. For example, they prohibit any manifestation of anger’s child and punish the slightest sign of irritability. They are angry parents that yell at child when he is trying to expose his version: “Don’t dare you talk”. As a result, the child will develop behavioral disorders, not understanding his own emotions and dissociating from them. A high level of emotional intelligence is closely related to parental warmth, secure attachment [6]. As children recognize emotions he begins to label them and to perceive relationships between them:

• the child begins to distinguish between liking and loving, between rage and anger etc. For example, he learns about the link between anger and loss. Helping him to recognize why is angry (for example, because his best friend spent time away from him), the child will realize the source of his anger.

• the child learns that it is possible to feel both love and hate at the same time for a person. Emotions tend to associate in chain. Anger can intensify hate, hate can be express and then transform in satisfaction or guilt, depends on circumstances;

• as the child grows, parents teach him to not express certain emotions in public: to smile even if it is angry. Thus, the child will internalize gradually division between emotions and action, between what he feels and what he does. The child learns that emotions and feelings are separate from behaviors. A child can learn wrong learns about emotions: parents which avoid or deny their emotions or deny that they are upset when they behave with hostility and anger. Thus, we have to deal with emotional repression often from the first days or even first hours of life. Immediately after birth, babies are connected to the rhythm of our culture of emotional repression says I.Filliozat [7]. Although they are unable to manage emotionally the situation they are separated from their mother and imposed feeding schedules. Later, the child is asked to cease with whims when he wants to drink from another cup than which is offered, he wants to put on some clothes, he prefer peas after announced that he would eat mashed. The entire childhood will be required to comply with the requirements of adults and when he will manifest dissatisfaction he will be silenced. He soon learns that has no right to answer to his parents or put them pertinent questions. Forced to submission these children will become adults who don’t ask questions because always were given answers without give them permission to explore and feel on their own.

• parents ignore or punish children because they express emotions or upset on their children when they are nervous. Learning that certain emotions can’t be shared, the children will get with time to suppress them. Disguise of emotions costs extreme internal tension. To be, to scream, to run, to hit, to embrace, all of these are motor acts in the service of emotions. As soon as we feel an emotion, our metabolism supplies power for express it. Emotional suppression is a major effort that can leads to excessive child fatigue. Researches show that when parents recognize their children’s negative emotions, anger or sadness and helps them to cope with it over time, children develop a better physiological control over emotions and exhibit positive behavior. The most common reasons for which parents creates unintentionally feelings of insecurity to their child and impedes the child’s emotional development are the following [5]:

• the parent’s fears: fear to not be perceived as a bad parent, to lose respect, to lose control of the child, fear from disapproval of their own parents etc.

The development of emotional skills is very important because the emotional lessons learned in childhood and adolescence facilitates our adaptation, respectively the maladjustment to the environment. A high level of emotional intelligence is correlated with parental warmth, secure attachment, reports on prosocial behavior of children in school and managerial efficiency [8]. The main victim of negative emotions is creativity and this cannot leave indifferent neither teachers nor parents.