SUMMARY
The change of social order following the Romanian revolution in Timisoara, in December 1989, was experienced by the medical staff and the allied professions from the Clinical Center for Child and Adolescent Neuropsychiatry. During the revolution, children, adolescents and adults were killed, with more than 1200 dead heroes shot by criminal terrorists. Th ere were also many victims with panic attacks and other serious neuropsychiatric conditions that were treated by our specialists [1]. Th e injured children admitted to the surgery, paediatric orthopaedics, ophthalmology, paediatric and contagious sections also benefi ted from our medical and psychotherapeutic interventions. Th e revolution continued in the following period by establishment of political, economic and social measures and changes. Th e borders of the country were opened and we were able to enrich ourselves with the much needed professional novelties in medicine. Th e most important news for us was the birth of RSCANP in January 1990, this being the fi rst non-governmental medical organization in Romania with an apolitical and independent, decentralized character, and consequently neuropsychiatry and mental health centres for children and adolescents in all the counties of the country have been established. Moreover, the right to organize annual professional meetings with the title of congresses, conferences, consorts and the right to participate in international scientifi c events have been decreed. Th e bibliography is comprehensive, it covers the chronological description of the events of the revolution and the participation of the medical-sanitary personnel from Timisoara and from the country in the development and victory of the revolution in December 1989.
Keywords: the Romanian revolution in Timisoara – December 1989; December 15th and 31st 1989; RSCANP; child, adolescent 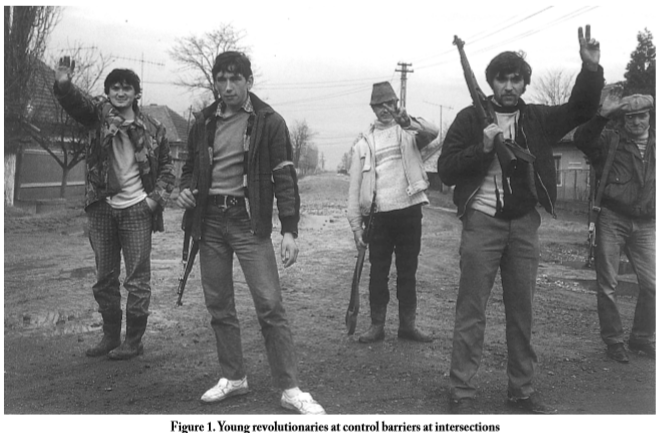 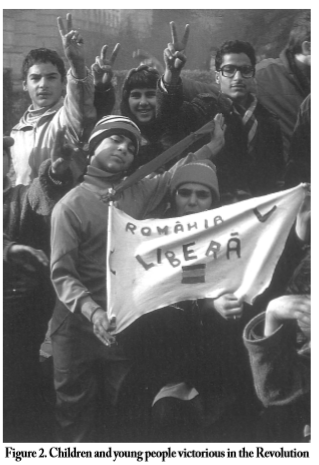 CONCLUSIONS
During the December 1989 Revolution, the people, the entire country, hoped and succeeded in taking steps for change and progress. Our medical specialties and specialists in Neurology, Psychiatry, Genetics for children, adolescents, young people and their families, participated in the revolutionary movements of December 1989, benefiting together with the whole people, of Europeanization, the development and networking with specialists from other countries. We have annual congresses, we have continued the research in important chapters of neuropsychiatry, such as genetics and etiopathogenesis. Of course, we want these medical departments to benefit from material support, from an increase in the number of medical specialists and allied professions, knowing that we have lived in freedom for 3 decades. Bibliography titles with multiple sources of information are mentioned, including precise references about the progress of the revolutionary events of December 1989 and about the consequences of the transition period that followed throughout the