The discovery and awareness of the motor, sensory and cognitive functions of one’s own body scheme is accomplished through a series of genetic commands followed by embryo-postnatal acquisition of neuromotricity and psychomotricity. These acquisitions are embedded in the newborn and child development system. We approach the stages of knowledge and use of the body scheme through the perspective of neuropsychology, considering that the fi nalization of these mechanisms depends on genes specifi c to vertebrate species, coupled with development in the conditions of the near environment of stimulation, learning, imitation and collaboration. Under these conditions of development, the ontogenetic bridge between neuromotricity and psychomotricity is realized, which leads to the acquisition, development and use of the body of his own body. Th ere is a continuity between the ontogeny, philogenia and sociogenesis of this acquisition, as well as other elements of development. Th e aspects of DCM and LCM lead us to the description of disorders of body shape, spatial orientation, skill and other disharmonic aspects.

The genesis of body function begins with genetic commands written and transmitted into human DNA [1] and continues during intrauterine development. During embryogenesis mesenchymal and ectodermal forming cells migrate to the final site. This migration continues in the coming periods. Any deficiency of migration of these stem cells (delays, stagnation, stops in different areas) due to prolonged febrile maternal states, the consumption of toxic substances, especially alcohol, or teratogenic drugs, different radiation, etc. is known. – can alter the placement, myelination and contacts between neurons synapses with body organs: viscera, muscles and autonomic neurovegetative centers [2].

Aggressive mechanisms are multiple and occur in different stages of prenatal or postnatal development. Intrauterine motor acquisitions by which the fetus begins to move into the aquatic environment of amniotic fluid give way to the ontogenetic path of the species [3]. The stages of discovering and awareness of the existence of the motor, sensory and cognitive functions of one’s own body organization begin with the action of the genetic commands of the species. Amniotic fluid has a trophic effect and reduces the blocking effects of gravity and gravitational waves.

After 36 weeks, the newborn begins to breathe and the movements that lead to the recognition of body parts appear. In further development, children with impaired bodily pattern may develop in adolescence then in adults to dysprax and / or motor apraxis or ideomotor dyspraxia. The localization of these disorders is identified by imaging, located in the brain structures of the dominant hemisphere: the Wernicke area, the parietal operculum area, the arcuate beam, the cortex associative with the subcortical nuclei, and the comissional fascicles that make the inter-spherical communication [4].

These descriptions of the beginnings of the formation of the function of the body scheme we considered necessary before presenting the stages in the literature dedicated to this subject.

Using genetic, prenatal and postnatal information, we have succeeded in rebuilding the ontogenetic and phylogenetic stages of initiation and appearance of the first movements, thus forming the functions of the bodily scheme.

We consider that body shape is the main axis of the gnostic and communication functions of the child and the adult [5].

The development and awareness of the body image in the child is a process that takes place over time and goes through a series of stages. Jean Lhermite provided a presentation of some of the factors that I will enumerate below.

The essential factor in building body image is sensory-motoring, accompanied by awareness of the existence of its own body and the first segment that offers painful sensations. Pain clearly contributes to the differentiation of body parts, to self-referencing and differentiation by non-myself, which is the very basis of the child’s personality [6].

The psychoanalytic aspects of this stage also refer to the playful (playful) instinct that leads to the child’s kinetic activities. This instinctive motricity contributes to the formation of body representation, plus visual and auditory representations.

So the first stage proposed by J. Lhermite, Wernicke, Storch and Schilder [7] refers to the own and exteroceptive sensations, and to the motor activities that develop sensory-motor schemes to explore their own body and the environment. Motricity is supported by the playful, playful instinct of every child. Due to the development of the body’s scheme, the child becomes aware of organizing and developing his first voluntary acts [8].

To this enumeration we add the contribution of the first pain suffered by the baby and the little child that can be translated by understanding that <pain is mine, I have a localized pain> in an area, so there is and I suffer in a place of my body that does part of the discovery of a part of the body’s scheme. Not to look at this acquisition, the learned role of recognizing the mirror and the existence of body parts is important.

The following stages set by Jean Lhermite develop in children with somatoneuro-psychological integrity.

The second stage begins with the appearance of the semiotic function and the acquirement of the verbal language; the child assumes the name of the different parts of the body, the stage in which the imitation and the mental image of the body, discovered to him and to others, develops [7].

The third stage is characterized by the fixation of the laterality and the bases of the topological orientation in the space. It is the stage of perfecting body identity.

In the fourth stage, the possibilities of organization and orientation in the abstract space arise, working with conventional and formal landmarks [9].

The stages of acquisitions of monozygotic and dizigito twins are different from single births. Due to the reduction of the intrauterine space and the reduction of utero-placental nutrition, the twins are exposed to hypoxic periods that can be followed by delays in somatic and CNS development. In most cases, geminular births are premature and underweight. Gemelographic studies show that the resilience of twins is good in prenatal pre-natal growth and development, so there is resistance to prenatal difficulties in over-counting tasks [10].

The possession of the body scheme as a sensorymotor function is complemented by the development of communications with cerebral hemispheres that confuse with a new function, that of spatial and temporal adaptation.

In the temporospace primary adaptations, modern studies involve the temporal lobe of the nondominant hemisphere in connection with the ancestral formations of the homonymous hippocampus (Milner 1968 and Gui 1972 quoted by Corsy) [8].

Fried et al., 1982 states that memory and spatiotemporal adaptation is located in the upper temporal gyrus and its connections are associated with the function of prosopagnosis and the manifestations of other non-verbal emotional functions. We note that heredity, development, learning and memorizing time and space are ontogenetic functions, prior to the verbal communication functions of the dominant hemisphere.

With all these developmental acquisitions, the baby can not still go on until the myelinization of the cortical and peripheral pathways is initiated.

This process is slower, so that the myelinated part for one year will allow the child to walk with support, then alone.

From the perspective of neuropsychology, the body schematics realizes the ontogenetic bridge between neuromotricity and psychomotricity.

We underline that the body schema once acquired is the main axis of gnostic, communication, and behavioral functions [5].

The complexity of the body’s functioning is accomplished by the existence of medullary structures with a topography of the sensory continuum in the cerebral trunk and the subcortical nuclei. There is a structure that reminds by order of distribution, the extero and interceptive structure of some. In the thalamic nuclei and in the sensory and motor cortex, connections are made due to the megasinaptic device. Thus, the hereditary codes meet visual, cerebellar and vegetative information, all contributing to the body’s functioning [8].

The systematization of disorders and disabilities in the use of the body’s scheme was described in the material published in 1988 by D.Ciumageanu, C.Lupu and V.Gulyas. pp.60-64 [7].

– Disabilities to play in the mirror;

– Disabilities in recognizing and naming the parts of your own body;

– Disabilities to show and name body parts to another, live, drawings or molds and dolls;

– Disabilities to imitate gestures and posts by model;

– Disabilities to develop gestures and positions on demand;

– It can not express mimic and pantomime;

– Can not assemble parts of the human or animal body;

– Disabilities in the drawing of man;

– Disabilities of recognizing and naming the pairs (hands, eyes) to their own body;

– Disabilities of pairing to another;

– Disabilities in the topological organization of space outside of one’s own body;

– Disabilities in orientation in a plan or mountain space;

– Disabilities and difficulties in reading and using maps and geometric figures;

The enumeration of these disabilities of the body scheme can be used for diagnosis and recovery measures [8].

In Piagetian vision, body schematics include knowing the body and other body topographies, constantly undermining the global body experience [8].

The acquisition of the bodily scheme consists of the genetic inheritance contribution, followed by the learning and acquisition in the first two years of the external body parts: face, body, limbs, fingers, etc.

This acquisition develops the child’s skills and abilities. But there are various functions that are

purchased faster in some children or are installed late in the  development course, and some disabilities are still being maintained. All developmental dysfunctions are child and adolescent communication disorders.

The teenager masters his body, and this definitive acquisition becomes what the neuropsychologist calls SOMATOGNOSIS, thus understanding the body perception, knowledge and domination, mioartokinetic and visceral.

A careful specialist will find that every child or young person with some difficulties in knowing and communicating has its peculiarities in which our role is to personalize individual disabilities and solve them.

We present the sources and stages of the acquisition and use of body image images and spatial orientation. We begin with the genetic endowment of each child enrolled in the species DNA with the preexistence of sensorio-motricity, with the appearance of intramniotic movements, followed by the development of the baby and the small child. As a primary function necessary for the next stages of growth and development, there are also presented the requirements of sustaining, stimulating, learning and using the body scheme at the age of childhood.

We also deal with disharmonic developments in the body image dysfunctions, which become the appearance and recovery of these disharmons.

We note that the functions of acquiring the body scheme and the use of these functions play a key role in structuring and developing the personality of the child – adolescent – adult. 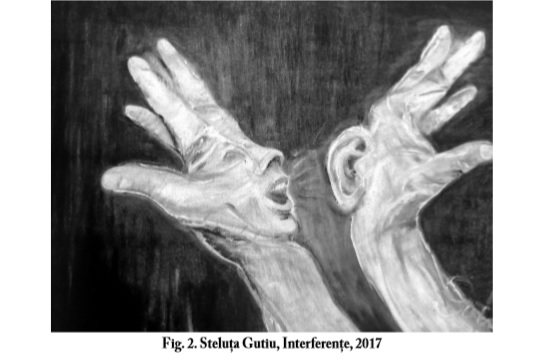