Although cognitive-behavior therapy (CBT) is a well validated form of treatment for many psychological disorders in terms of both its efficiency and the proposed mechanisms of change, there are some patients that do not seek or do not respond to classical CBT treatment. One approach to overcome some of its shortcomings, such as the lack of customization and high treatment costs, was to integrate the new emerging virtual reality (VR) technology into standard protocols. It’s important to have in mind that this approach is based on the same CBT treatment principles that are extended into a controlled, safe and ecological virtual environment. In the last two decades several VR applications have been developed for different forms of psychopathology. Until now, meta-analytical studies have shown that virtual reality exposure therapy (VRET), a form of VR based CBT for treating anxiety disorders, has a similar efficacy to classical CBT treatments. At the end of our article we present two examples of VRET applications and discuss some of the limitations of current VR developments for clinical applications.

According to international guidelines, cognitive-behavioral psychotherapy (CBT) is currently the psychological treatment with the greatest empirical support for its effectiveness (according the guidelines published by the National Institute for Health and Clinical Excellence (NICE) and the list of scientifically supported psychological treatments published by the American Psychological Association (APA, 2006)). Although the therapeutic process in this approach includes the common elements of any psychotherapeutic intervention, namely (1) diagnosis and clinical evaluation, (2) case conceptualization, (3) the intervention itself and (4) the therapeutic relationship (David, 2006), one of the strengths of cognitive-behavioral therapy is that the mechanisms of change, thought to explain the effectiveness of the intervention, were also tested and validated extensively in empirical studies (e.g. Szentagotai, David, Lupu & Cosman, 2008, Hoffman, 2007). Basically, for many mental disorders, CBT is a scientifically validated treatment because (A) has a well-validated theory and (B) treatment protocols derived from this theory have proven themselves to be effective (David & Montgomery, 2011).

CBT approach is based on the ABCDE model proposed by Ellis (1962), according to which when faced with a negative life events (A) the way the individual thinks about these events (B) is largely responsible for the consequences (C) at emotional, physiological, behavioral and cognitive levels which the individual expresses. If evaluations and interpretations of events are made in a rigid, irrational/dysfunctional way then the consequences will be dysfunctional and will constitute patient’s symptomatology. During therapy, together with the therapist, the patient learns to dispute (D) his/her own irrational/dysfunctional thoughts and to identify more rational/functional ways of thinking about life events, (E) which would result in more adaptive consequence (David, 2006).

Despite the effectiveness of CBT, there are still patients that are unresponsive to treatment, and disorders for which the existing treatments do not have yet a satisfactory efficacy. Moreover, some patients do not have access to psychological services while others refuse to attend to traditional treatment sessions. In this context, one of the proposed solutions was to increase efficiency and/or effectiveness of CBT by adding new intervention strategies and by integrating new technologies for delivering treatment interventions, such as online interventions and virtual reality (VR), with the aim of making treatment more accessible and more adaptable to patients’ specific needs (see Rusu, Szentagotai, Opriş, Gavita, Matu et al., in press). In this article we will describe the applications of VR technology in the clinical environment.

VR is a computer generated three-dimensional world, which can be experienced through specific devices such as head mounted displays (HMD) (Figure 1) and three-dimensional displays (3D). An important feature of VR is that it gives the patient the possibility to interact with the virtual world, and during this interaction the user is not just a mere observer, but an active participant in the 3D world that changes and responds to his actions (Riva, Molinari & Vincelli, 2002). In addition, another important feature that distinguishes VR from other communication environments or human-computer interaction is the phenomenon of “presence” (or “immersion”) that the user experiences (Eichenberg, 2011, Riva, 2005). Presence is a phenomenological concept and refers to the sense of perceiving objects in VR as if they were real, despite awareness that they are generated by the computer (Lee, 2004). Studies have shown that patients’ immersion in VR environments used in therapy is a necessary (but not sufficient) condition for effective psychological treatments (Price & Anderson, 2007). 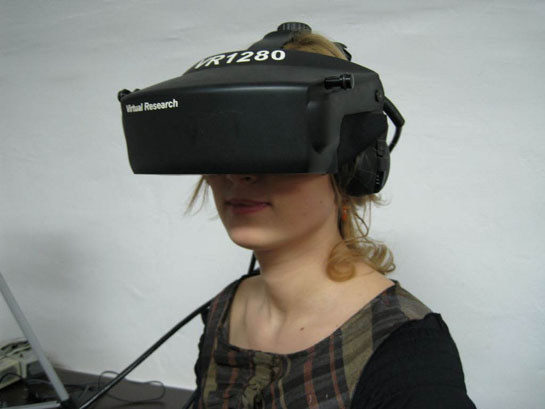 Figure 1 Image of a head mounted display for visualization of 3D virtual environments.

VR in clinical applications have gained attention once with the technological developments of the last two decades. Currently, such applications have been developed for the treatment of mental disorders (e.g. anxiety and the eating disorders), rehabilitation of people who have suffered brain injuries, basic skills training for people with developmental disorders, disorders associated with aging and severe psychiatric conditions (see also Szentagotai, Opriş, & David, 2011). For example, there are applications developed for spatial skills training (Rizzo, Buckwalter, Neumann, et al., 1998) and executive functions (Costa & Carvalho, 2004) or more specific, for the use of public transportation (Lam, Man, Tam, & Weiss 2005) and street crossing (Josman, Ben-Chaim, Friedrich & Weiss, 2008).

In the case of psychological treatments for mental disorders, VR was well integrated and assimilated in the cognitive-behavioral paradigm. It is important to note here that CBT interventions using VR, addressing any problem, do not constitute a new treatment principle itself, but rather a mean or an environment that allow to approach more easily and/or less expensive the same mechanisms of psychopathology (Riva, 2005). Practically, in VR based psychotherapy the same principles of CBT are extended to more ecological and better controlled virtual environments (Rusu et al., in press; Szentagotai et al., 2011). Let us take the example of virtual reality exposure therapy (VRET). In the treatment of phobia, patients are gradually exposed to the anxiety inducing stimulus, while assisted by the therapist they learn to practice a relaxation technique. This is a procedure similar to progressive desensitization. Phobic symptoms reduction is obtained throughout the same mechanism, that is the phenomenon called habituation described by the behaviorist school of thought, as in any classical exposure technique. In addition, knowing the exacerbating role of clients’ negative automatic thoughts and catastrophic appraisals of their own phobic reactions, the therapist can access and restructure in real-time these dysfunctional cognitive processes (Gregg, Tarrier, 2007). In another example, a VR application for the treatment of children with ADHD, the computer simulates a class of children that the therapist uses as an ecological environment for training parents, children and teachers in using a structured system of rewards, built upon the same behaviorist principles (Anton, Opriș Dobrean, et al., 2009).

In addition to technological developments and the costs reduction for the acquisition of 3D devices (Riva, 2005), there are some clear advantages of using VR in the treatment of psychopathology, compared with classical methods, which have attracted the interest of researchers and practitioners to develop clinical applications of VR. First VR environments allow precise control of the stimuli and the moment they appear. In VRET, for example, the therapist, together with the patient, could select different anxious stimuli, could rate the exposure at patient’s pace, could stop or restart the exercise at any time. Compared to imaginary exposure VRET is no longer limited to the patient’s ability to imagine anxious stimuli and situations but rather becomes more similar to “in vivo” exposure and it can be completed all the way in the therapist’s office. These aspects make the VR treatment safer and also more accessible in terms of costs (Rizzo & Kim, 2005, we can think, for example, at the risks and costs of an “in vivo” exposure session during a flight for a patient with recurrent panic attacks in such situations).

Regarding the effectiveness of interventions that have a component of VR, there is already a vast literature to support their use. Results regarding effectiveness of VRET in the treatment of anxiety disorders have been summarized in several meta-analytical studies that show that these interventions are at least as effective as the classical treatments (Parsons&Rizzo, 2008, Powers & Emmelkamp, 2008). In such a synthesis conducted by our research group (Opris, Pintea, Botella, Garcia-Palacios, Szamoskozi et al., in press) we have compared the effectiveness of VR interventions that have empirical support with classical treatments with empirical support (having no VR component). Taking into account 23 controlled trials with a total of 608 participants, results showed that: (1) virtual reality interventions are more effective than waiting list; (2) VR interventions are as effective as classical interventions; (3) virtual reality interventions have a good stability of results over time; and (4) the effect is moderated by the number of therapy sessions in VR environment, as the number of sessions increases the greater is the observed effect.

3. Examples of using VR in the clinical field

As described above, nowadays VR applications are already available to facilitate psychological interventions in a wide range of mental disorders. We illustrate two such applications used by our research group.

Fear of flight. The virtual reality application for exposure intervention in the case of anxiety associated with airplane flight was created by VirtuallyBetter Inc., USA and it is designed to simulate a real flight. The patient is introduced through a set of HMD in a virtual 3D environment in which he can see the lobby of an airport, the boarding gates, the route followed before boarding into the plane and the plane itself (Figure 2). Once in the plane, simulation allows various manipulations that occur during take-off (e.g. engine start, running the runway, taking off). During the flight itself other different situations can be simulated (fine flight, flight during storms, flying by night), and finally landing. An additional device can simulate turbulences and noise throughout vibrations off the seat that the patient seats in. The program allows control of anxious situations that the patient is exposed to, making it adaptable to the requirements of the intervention. During treatment sessions, exposure will be done gradually, depending on the level of anxiety experienced by the patient, from the waiting room to flying during storms and turbulences. In this context, the patient can practice a relaxation technique and may dispute and restructure his catastrophic interpretations of the faced situation, assisted by the therapist. 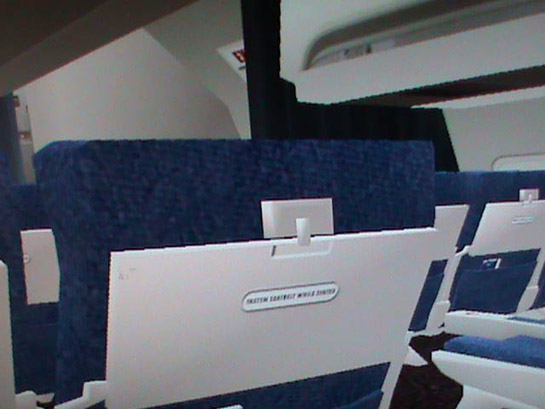 Figure 2 Image from VirtuallyBetter Inc©. application, for the treatment of flying phobia

Fear of public speaking. For the intervention in the case of fear of public speaking, a special case of social phobia, we use the virtual environment that was also created by VirtuallyBetter Inc.., USA. The situations and audience size in front of which the patients has to make a speech can be adjusted depending on treatment needs (e.g. to speak seated at a table in front of several people, in front of a classroom full of people (Figure 3) or an auditorium). The reactions of the audience are controlled by the therapist and can vary from cheering and asking questions to expressions of boredom and disapproval. Intervention protocol follows the same pattern as for fear of flying. The patient is exposed gradually, taught how to relax in such situations and to have a more rational way of thinking. 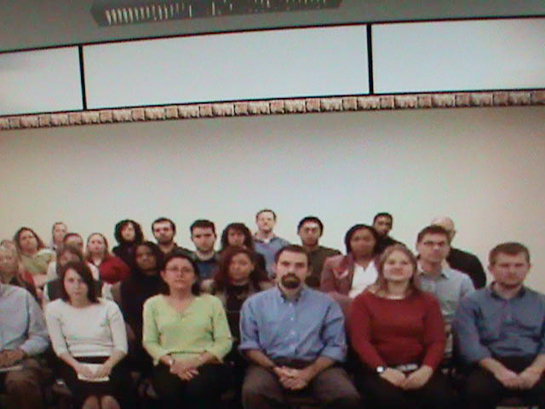 Figure 3 Image from VirtuallyBetter Inc©. application, for the treatment of fear of public speaking.

Finally, it is worth mentioning some of the limits of the clinical applications of VR developed so far. Although their use could reduce costs for patients, technology costs are still high, which could pose problems for clinicians who wish to purchase it. If in the case of anxiety disorders, results seem to converge, for other disorders there are few studies that investigate the effectiveness of VR interventions or the results are still inconclusive (Pull, 2005, Gregg & Trarrier, 2007). Finally, it bears noting the simulator sickness phenomenon that is likely to occur only in a minority of patients exposed to VR. Symptoms of simulator sickness are similar to motion sickness, but their intensity is much smaller and they disappear shortly after leaving the VR environment (Cobb, Nichols, Ramsey, & Wilson, 1999).